Posts from the ‘welcome to the future’ Category 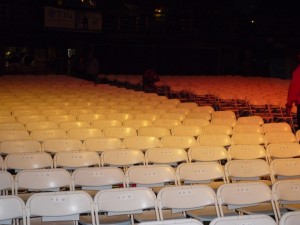 Hey all – I’ve been working on a bold Blogfox experiment for this month, which I was hoping to roll out this week – but that’s been back-burnered for a few days… so I’ve given myself ten minutes to jot down a couple of things I *have* to get down regarding “ye olde funnybooks” before they become too dated: One is about the value of a “hit” in any media, and the other is how to really look at “profit margins” when comics publishers move into digital distribtuion. Napkin calculations ahoy! END_OF_DOCUMENT_TOKEN_TO_BE_REPLACED

Spam as blogpost. I think this is a new low. Hooray for living in the future!

As I’m neck deep in production, the twitter box to your right might be a little more active than the site over the next few weeks – but probably not very. Hope everyone’s having a great Summer!

I am so sorry for the spam groupmail, but it completely escaped my notice that the deadline for public Canadian Comedy Award voting is coming up at the end of the week. END_OF_DOCUMENT_TOKEN_TO_BE_REPLACED

someone saying they’re going to look at YouTube comments is like watching a secondary character in a slasher film decide to wander off into a darkened hallway. You can’t help but think “no, you idiot, don’t do it!” – Mike Sterling

I’ll post the third part of my copyright overview this weekend – In the meantime please amuse yourself with the amazing/creepy/amazingly creepy WAHHA GO GO: 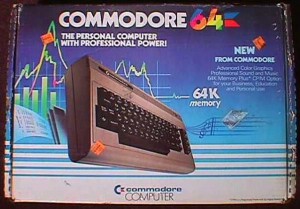 Just a quick little space/cinema mash-up today, starting with a cool video from over at New Scientist; Andrew Hamilton and Gavin Polhemus from the University of Colorado, Boulder, took Einstein’s general theory of relativity, and built a computer simulation of what it would look like if you fell into a black hole roughly the size of the one at the center of our galaxy:

Cool stuff on its own, but does it remind you of anything? Specifically the part after you’ve passed the Black Hole’s event horizon and are heading towards the singularity? Perhaps some particularly iconic bit of cinema? Like, say, this sequence:

I’m really not a particularly good scholar of “2001” (I’m on the record as being a bigger fan of Clarks “Childhood’s End”) but it wouldn’t suprise me one whit if the similarities between these two sequences are simply due to trying to graphically represent the same math, just with technology 50 years apart.

My apologies if that’s a little dense for a Friday (BLACK HOLE HUMOUR – HAR HAR HAR), if so – I cordially direct you to “The adorable leopard cubs who are best friends with a baby orangutan”. 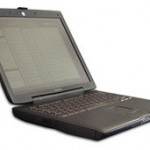 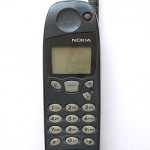 Newspapers on the Internet? Aww… that will never work!

A little Friday filler, via TechCrunch

I had new-years news all lined up, but I’m still ironing some kinks out of the new design (now with unnerving levels of GIANT FLOATING HEAD) – so I’ll be breif instead:

Happiest of New Years to everyone who joined me here since the sites relaunch last Spring, and remember – it may not be perfect, we may have a lot of work to do yet, but every once in a while it’s good to sit back and take a moment to give thanks that we’re lucky enough to be living IN THE FUTURE!

(Century 21 Calling, and other marvels of futurisim can be found at the always-awesome Prelinger Archives)