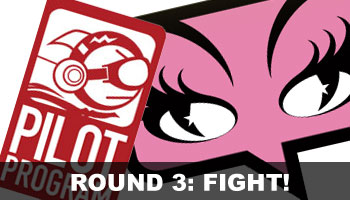 Last TokyoPop post for a little while… I promise.

Brigid Alverson posted an interesting question over at her MangaBlog wondering about the compare and contrast between the TokyoPop and Zudacomics contracts.

It’s way to late to do a point by point breakdown – but I did do a scan of the standard Zudacomics rights agreement, and for my money the TokyoPop one is far preferable.
END_OF_DOCUMENT_TOKEN_TO_BE_REPLACED

The Return of the Curious Case of the TokyoPop Contract

Further to my last post about the TokyoPop pilot program, I’ve swapped a couple of interesting e-mails with “industry insiders” (who I have not asked for permission to quote, so I shan’t name).

It seems like alot of the ire coming up in this specific case can be traced back to the fact that some folks feel TokyoPop has a very bad track record for exploiting new talent.

END_OF_DOCUMENT_TOKEN_TO_BE_REPLACED

Bryan Lee O’Malley has recently posted a number of objections regarding TokyoPop’s default contract for their new Manga Pilot Program.

Firstly the obligatory disclosure that I have a gigantic man-crush on Bryan. Anyone who has ever worked at The Beguiling is automatically cooler than me, but come on – “Lost at Sea”, “Hopeless Savages”, “Scott Pilgrim”!? I have lost this battle already. So I actually was going to limit my comment on this issue to an e-mail to him directly. But since a lot of other people have started commenting on his original post, especially creators I have huge respect for

[Edit – I owe Lea an apology as this whole kerfuffle started with her post, I mis-read the timing of the posts .. worse – I mis-spelled her name (which she was too polite to point out). How bush league is that?]

(Lea Hernandez, Kris Straub, I’m looking at you) I felt it was important to get some kind of contrarian opinion out there for anyone who might be Googling.

So please take what I have to say from a place of deep respect for some of my favourite creators out there: There are bad screwjob contracts out there. TokyoPop may have a record of bad Original Property Agreements (of which I can’t comment, having never seen one, or heard anything about one, ever) [Edit – No, their record is pretty bad. See my amended take at the bottom]. However as someone with no particular tie to TokyoPop whatsoever (other than devoting a copious amount of my bookshelf to Shojo titles which-shall-not-be-named) this particular agreement is not one of them.