The value of a link 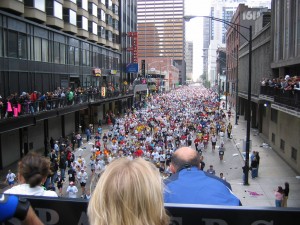 Simon Owens of Bloggasm dropped me an e-mail today to let me know about a recent post he wrote about the “value” of a single link from the Huffington Post. He (rightly) uses it to point out some of the many absurdities of Richard Posner’s now-infamous blog post (the one about making it illegal to link to newspaper sites).

Now it’s not quite a slam-dunk. Huffpo is one of those rare breeds with readerships that are both massive and motivated to follow links (by the same token, I’d suspect that a link from DailyKos would have more value than, say, explosionsandboobs.com). We digress.

The other thing that Owens post glosses over is that Posner’s supposition would apply less to this particular situation and more to one where the linking article contained most of the information of value from the originating one. The post Owens wrote which got linked is a nice piece of journalism. It’s logical that any Huffington Post reader interested in their brief capsule summary would link through for the full article. The same is the case when a link provides critical background, or even a contrasting opinion to an issue. But what about the times when the capsule is pretty much repurposing any information of value from the original post? Say professional sports trade information, or box office results, or a coroners report? What if the Huffington Post had written a longer article than the original one – using it as a starting point? Is it likely that the “value” of the link would have been the same? What’s difficult to quantify in this situation is that the “value” of any link is incredibly variable – not just who it is from, but in what context it is made. That seems like it may be rediculously self-evident – but it’s also why the blogosphere is such a difficult model for the “old guard” to come to grips with.

Regardless it’s a nice article by Simon – and a good reminder I should read his site more often.

The New Face of “Phantom” Journalisim

It’s nice to see that the Dutch haven’t cornered the market on ill-formed ideas relating to newspapers and the internet.

I don’t really want to get into the details of Richard Posner’s blog post. The Tobin/Coover synopsis is that if it were illegal to link to or quote newspapers web-content they’d be in better position to monetize their content.

What’s more interesting to me is the zombie-like arguments that just keep coming around, and around again as to how newspapers are absorbing all of the cost of “news gathering”, while successful aggrigators and most blogs reap the benefits as freeloaders on the newspaper writers back. Posner goes so far as to postulate that without intervention Reuters and the Associated Press (those masters of new media that they are) could be the “only professional, nongovernmental sources of news and opinion” left standing.

Which is just patently absurd.

The argument that “all news” originates with newspaper journalists, is as odd as “all news originated with television journalists”, or “magazine journalists”, or “radio journalists”, or even “journalists”. The fact is that original news is a rare thing and the lions share of any news media is generally built around re-purposing preexisting material (news conferences, press releases, other reportage).

Certainly most bloggers aren’t Carl Bernstein – but neither are most newspapermen. Nor do they need to be. The biggest news of the last few cycles in North America was likely the death of Michael Jackson. While it’s true most bloggers can’t afford to go to Florida to do original research – how many of the news affiliates in Florida are doing original research?

By the same token the new media space has shown itself more than capable of pursuing very detailed subtle investigation. It was strictly new media sources who first flagged that something was very wrong with Infinium Labs Inc. – two years before the Securities and Exchange Commission laid fraud charges. And those news media sources were from the enthusiast computer review press [H]ard OCP, and the comic strip Penny Arcade. While I’m certainly not comparing the scope of the Phantom debacle to Watergate – the only difference in the underlying role provided between [H]ard OCP and the Wall Street Journal was that [H]ard OCP didn’t have insurance and risked their own, personal, assets in the court case that followed.

The only real change in the new space is that most of the “professional” new media (those making their sole living and/or paying wages to their writers) are more akin to magazines – focusing on a specific subset of scope and topic – rather than the broad overview of newspapers, but that doesn’t mean that they’re not there. Quite the contrary – a network of “specialist” journalists are far more likely to ferret out news of interest than generalist newspaper writers. Some of it may be rough, or uneven, or incomplete, or wrong – but the new media space has shown it can respond with the swiftness (and resources) of the invisible hand of the market – delivering eyeballs (and effort) to the topics of the most interest.

If the new media transition has showed us anything it’s that the cloud is significantly better at minute oversight than traditional newspapers. So much so that the Guardian used crowdsourcing to tremendous effect in reviewing MP’s expense records in the recent UK scandal.

What all of the pro-newspaper arguments boil down to is that nothing in the new media space takes the exact place and format of the traditional newspaper. Which is absolutely true. However that in no way correlates with the loss of those functions.

In this case it’s important to remember that the medium is NOT the message. 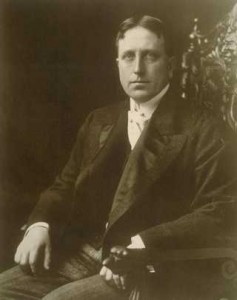