Posts from the ‘the videogames’ Category 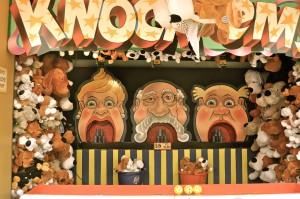 Two: At it’s core this is a debate about terms, and anyone who has actively engaged in debate as an abstract pursuit will tell you, “term haggling” is the last refuge of someone who doesn’t care about the issue. END_OF_DOCUMENT_TOKEN_TO_BE_REPLACED 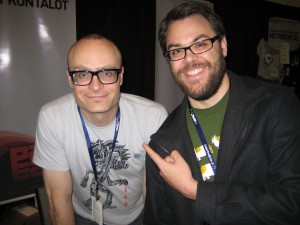 Content has, indeed, been pretty light lately – mostly because what’s been occupying my time for the last couple months doesn’t really lend itself to discussion. If you think comic writers and artists get frustrated when wanting to discuss work with months of lead time, imagine my frustration when there’s a chance some of the seeds currently being planted will pay off next year. Maybe.

However, I am… slowly… starting to warm to the whole Twitter thing, thus cementing my reign as “that guy who alternates between being way ahead of, and way behind, the curve.” It turns out that the excellent Tweetie client was the tipping point, if you’ve found it equally hard to get into this tweet-business. I’m going to look at embedding a twitter widget here as soon as I get a chance – but I will warn in advance my tweeting is pretty asinine (irreverent if you’re charitable).

So – given that I’ve just returned from a Beantown roadtrip, that included (amongst other things) a visit to Ye old PAX East, and that people seem interested in my thoughts on the same I present one of those grand traditions of lazy blog-posts since time immemorial – THE NUMBERED LIST:

Best Five Surprises in Boston Over the Weekend:

END_OF_DOCUMENT_TOKEN_TO_BE_REPLACED 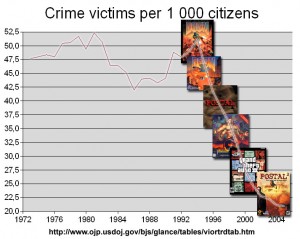 Barack Obama and the case of the missing Nintendo DS(es). 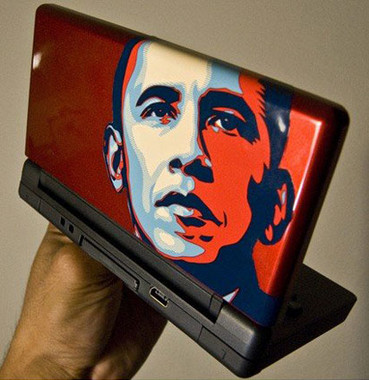 A completely captivating story about the president-elect and his first family on the eve of his historic inauguration.

Not only is the story entirely charming, but anyone with kids (or who has spent any time with kids) tasked with hunting down missing items can relate… well played, sir.

“I saw that the office was really shaped like an oval!” via Kotaku
(Very cool custom DS-Lite by Shepard Fairey)

I don’t have a lot of insightful, funny, lengthy stuff to post, but rather a bunch of odds and ends that don’t lend themselves to lengthy discourse… hence – fear my braindump:

What’s round and plastic and has nothing to do with contract law? 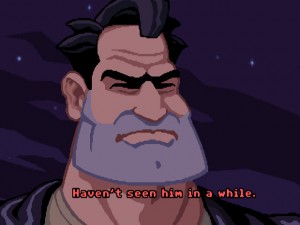 I may never be as clever or as popular as Tim Schaefer. I may never be a suave video game designer, with my own crack team of geniuses working on some of the most critically lauded videogames of all time.

But at least my house doesn’t smell like cat-pee covered consumer electronics.

Also, Tim now has a daughter or something. Congratulations!

But mostly I wanted to bring your attention to the cat pee thing.

Because if Tim Schaefer and a freaking ROBOT isn’t enough raw awesomesauce to prevent having to live surrounded with raw animal waste – there is absolutely no hope for the rest of us.