the Torontoist is dead – No, wait, no it’s not. 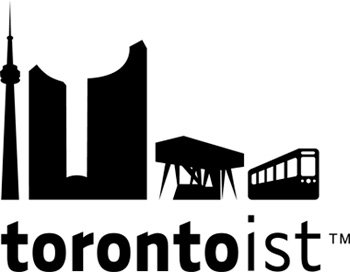 This sucks. I had pre-written a great pair of thematic “out with the old, in with the new” posts to celebrate the new year, one of which has now pretty much invalidated itself over the time I was out of town for the holidays, as it turns out the patient being eulogized isn’t actually deceased. Regardless, let’s ring out / ring in the new year by mourning/celebrating the departure/return of everyone’s favourite big-smoke-centric-blog the Torontoist!

—
I was legitimately saddened to hear that Torontoist is to close December 31st.

I would never say it was my favorite on-line haunt, but it had started to generate it’s own unique place in the media landscape of the city. I can’t imagine another avenue equally befitting the strangely enthralling 69 Days on the TTC project, or snap reactions on waterfront architecture, or the only must-read television column anywhere in the city.

I found the publicbroadcasting.ca response a little pat. Or rather slightly awkward in that it can be read that Torontoist’s downfall can either be traced to:

(For the record, I’m not sure either was actually Justin’s intent… just that you could read his reasoning that way). I actually would argue Justin’s point:

If Canadians want their own culture, their own media and their own stories told it must be created, maintained and supported in Canada.

because Torontoist’s problem, if any, was that it was created, maintained, and supported in Canada. If the shutdown can be traced to anything, it’s that for a marginal property (I suspect at best) in an economic downturn Gothamist wasn’t willing to put in the legwork to find another Canadian willing to create, maintain, and support it the way Dave Topping did, and Dave (probably rightly) read the writing on the wall that the generic global advertising that Gothamist traffics in, is going to be a dicey market and probably not going to suddenly start bringing in gigantic money commensurate with the time and effort he has dedicated to the ‘ist.

(I then, ramble on… at length)

But just when things seem their bleakest, like some kind of cheezy Christmas special, George Bailey decides that his life is worthwhile after all and triumphantly returns to the party.

All is certainly not business-as-usual. It sounds from Dave’s return post that the outcry of support means he’s willing to give it the ole’ college try for six months and (again reading between his lines) see if there’s some way of making the Torontoist a self-sustaining property that could perhaps buy itself out from it’s parent network. This would pretty much validate the lengthier, not copied above, portion of my eulogy which was for localized new-media properties to work, you really need to be financing and advertising locally, becoming a community hub – the same way any local paper, television, or radio station does.

I wish Dave and his staff the best of luck over their six month “push” – and bear them absolutely no ill will that they’ve messed up my previous diatribe. Well, probably some ill will – but it’s misplaced, and I’ll still visit their site anyway.

Tags: not quite dead yet, torontoist
From: canadiana, media ramblings