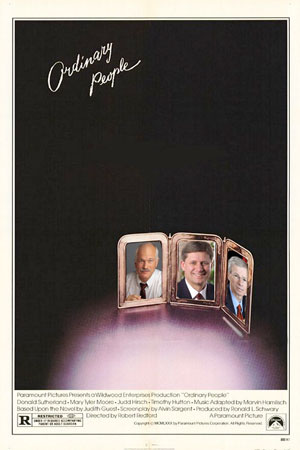 Considering I never had a particularly strong response (positive or negative) to Stephen Harper, he sure has done a lot this month to antagonize me, (given that I’ve voted for both Preston Manning and Jack Layton in my lifetime – it takes a fair bit to raise my political hackles given how (relatively) centrist most of Canadian politics can be).

But Harper’s done it – from axing nearly $45 Million in cultural industry funding, to claiming that those complaining about the cuts are some kind of tuxedo-wearing red-carpet elite:

You know, I think when ordinary, working people come home, turn on the TV and see â€¦ a bunch of people at a rich gala all subsidized by the taxpayers, claiming their subsidies aren’t high enough when they know the subsidies have actually gone up, I’m not sure that’s something that resonates with ordinary people.

While I’m sure this kind of rhetoric plays somehwhat to Harper’s support base it doesn’t really address the real issue at play here. These cultural industry cuts are wrong not because of the cultural part, but because of the industry part.

Almost all the funds cut by the Tories weren’t to subsidize individual artists, or art projects – but rather to foster development and capacity of the cultural industry. To sell cultural product abroad, train individuals and companies domestically, build capacity to handle more work, and to foster growth in new media and other developing areas of the sector.

That’s not about the government supporting paintings, sculptures, plays, or films (or awards shows or galas… which is, frankly, a stupid sound byte to claim), that’s about the government supporting hundreds of small and medium sized business nationwide and hundreds of thousands of programmers, designers, electricians, drivers, caterers, carpenters, secretaries, and the like (yes even occasionally actors, writers, painters, and musicians) who are employed by those businesses.

You can bet if Harper had summarily cut $45 million out of automobile manufacturing subsidies there wouldn’t be the same discussion about the “value of cars” in Canada.

Further complicating the matter Harper has recently (and repeatedly) claimed that his government has “supported culture” more than any previous governments – which is not only provably false but also highlights some disturbing priorities in where cuts have come from within the Heritage Canada department.

This shouldn’t be an issue about our respective likes and dislikes regarding cultural *product* but rather should be one about what industries have growth potential for the future… and the governments own studies have shown that strengthening “cultural industries” is critical for the overall economic growth of the country. One of the things that really surprised me from the Conference Board of Canada’s recent mammoth report on culture in Canada (sponsored by the government itself) was not that cultural industry impact on the economy was over $80 Billion Dollars (7.4% of the countries total GDP), but rather that the future growth of IT, new media, and global entertainment distribution (major opportunities for future international economic growth) are directly tied to the fortunes of the cultural industry.

So let’s put aside our snap individual beleifs about the medium and start asking the hard questions about the message. If this government doesn’t believe that these industries hold the potential for future economic growth of the country, or that those hundreds of thousands of jobs (and potential future jobs) are valuable – where are they allocating the money to get better results?

More frighteningly: If these cuts weren’t made on perceived economic benefit, employment, future growth potential, or other defensible metric – then what exactly is the road-map guiding Harper’s policy decisions?