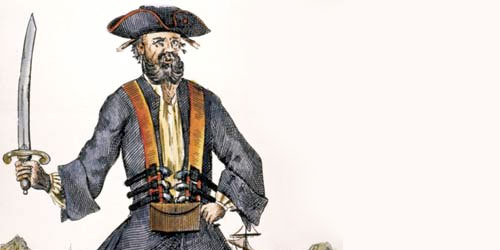 This is not a partisan politics issue. C-61 is better than C-60 (which was the Martin governmentâ€™s stab at the same thing) â€“ but â€œless crummyâ€ is not really what I strive for in public policy. This is an issue that no government has seemed to be able to wrestle effectively. Frankly, most of my ongoing discomfort with the entire process stems from the perception that there has never been meaningful public consultation on what the government is trying to accomplish with these laws (if you ever want to see me really get worked up, ask me about Bev Odaâ€™s mystifying 2006 speech on the goals of governmental copyright reform) â€“ so we have to assume what appears to be the â€œface valueâ€ of the bill – that the government is simply bowing to American pressure to bring our laws more in-line with the DMCA (which, as I wrote about in November, is a flawed approach given how universally poorly those laws have performed for both consumers and rights holders in the US).

If youâ€™re a little rusty on the specifics of C-61 v2.0 (and who could blame you) Eric March at TouchPodium has a much better summary from a consumer perspective than I could write. I’d instead prefer to focus on three of my personal beefs with this bill from a capitalist, merciless, â€œthe-manâ€, content creator standpoint.

This is a little bit non-intuitive (even to other producers), but bear with me as, in my opinion, it is the most critical issue to protecting content creators as media distribution evolves into the direct digital distribution era.

Individuals are increasingly personalizing how they consume their media. I know people who only watch movies on their iPods while commuting, or off of their digital media home servers, on on laptops (I often rip DVDâ€™s to my laptop for work travel, as my battery life lasts much longer watching a movie off hard drive instead of having to keep the disc drive spinning). At the same time I donâ€™t see any of these individuals buying more media, or multiple copies of the same media (see the failure of UMD as one clear-cut example of this) â€“ so an increase in audience platforms doesnâ€™t necessarily equal an increase the entertainment market â€“ it does, however fragment delivery systems (and who controls each system).

This is why I get frustrated when I read industry spokespeople – dollar signs in their eyes – raving with one breath about the increased profitability of certain arms of their media ventures, but then railing in the next about how “piracy” is decreasing their traditional revenue streams. New technologies may contribute to growing the industry, but they also reduce existing revenue streamsâ€¦ there isnâ€™t a limitless amount of consumer money out there to tap. Iâ€™m sure we all know at least one individual (I know many) who have entirely given up going to theatres in lieu of watching DVDâ€™s at home… let alone those who forgo movies and television entirely since “World of Warcraft” came out.

Now the inherent problem is that more and more of these â€œnewâ€ platforms have DRM inherently built into them. iTunes has Fairplay, Blu-Ray has AACS and BD+â€¦ etc, etc. Therefore, by restricting what consumers can do with their purchased media, the distributors who control these platforms also limit producers to how they can access these markets. It is not too hard to see a future where the only way to get content onto an iPod, or AppleTV is through iTunes (this situation exists already with videogame consoles, and cell phones – the only way producers can make their applications, games, or video content available to these audiences is through a proprietary distribution system controlled by the hardware manufacturer). Under this situation distribution channels would essentially be given a monopoly on certain audiences and producers would have no choice but to accept whatever terms these corporations impose.

Right now, as an independent producer, I can sell an unencrypted DVD copy for home use directly to end users. Under the current system, end users who ultimately want to watch that movie on iPods, or Laptop computers, or their playstation are free to buy it and convert it into whatever format theyâ€™re looking for â€“ as long as itâ€™s limited to non-commercial individual use (ie: the type of viewing one would expect from someone when you sell them a DVD).

Whatâ€™s the similar parable under â€œnewâ€ technology? If my end user audience can’t re-purpose their video themselves, weâ€™re not too far from the system the distributors want â€“ which is one where they unconditionally control individual audiences and the only way for producers to access those potential customers is on whatever terms they wish. Copyright law can essentially become a tool to prevent content creator access to an audience, putting a brand new barrier into selling creative work AND the audience gets less total choice of what works they can support given their individual tastes in how they prefer to consume media. Creative barriers AND less choice?

2. All infringements are not the same.

On general principle I like the limitation of Statutory Damages in the new bill (unlike the US DMCA, C-61 puts limits that would hopefully curtail the kind of â€œfishingâ€ lawsuits we saw early in the RIAA’s fight against end-users in the US). I donâ€™t mind this at all â€“ as I think their only real result of those actions have been to create an “us vs them” mentality with users, and allowed the industry bodies to delude themselves that a gradual decline in their industry was due entirely to piracy (when you can publically claim each song downloaded over the internet is costing $2,000 in revenue per occurance (which is just bad economic math), it becomes easy to scapegoat â€œtechnologyâ€ instead of having to recognize that your industry is going through a very complex economic transition, and that some of the fundamental assumptions that underly it haven’t been true since the 80s).

However Iâ€™d much rather see an amendment where a distinction is made between non-commercial and commercial infringement (ie: An end user downloading an album they havenâ€™t paid for vs. an established pirate operation selling bootleg DVDâ€™s at retail).

I believe (and I may elaborate in some later time) that the economic impact of the former is minimal because it has to be measured against the likely economic potential of that person as a non-infringer (which Iâ€™d argue, from experience, is almost negligible). However the latter are a serious problem and by making a bigger distinction it would be easier for the government to add some real teeth here.

As a producer I see a big difference in someone wanting to watch an episode of my show, that they donâ€™t get in their country â€“ or catching up on a network television series mid-season, or making a mix-tape for a friend, or (yes) even downloading and watching a movie that they have no intention of ever seeing in the theatre or buyingâ€¦ and someone making 100 copies of a film to sell on a street corner.

As long as the law takes a “all infringements are the same” approach – I think the government is, essentially, just perpetrating industry bogeymen.

This is where â€œcopyright reformâ€ always falls down in a big way. â€œCopyright Reformâ€ has always been code for â€œRestricting usageâ€â€¦ which really isnâ€™t the same thing at all.

There has never been a government body thatâ€™s taken a truly progressive look at copyright and said â€“ along with restricting copyright to deal with the changing technology, we also need to look at the evolution of media and be equally progressive with where we need to relax copyright laws.

Where is the debate on a truly progressive approach to â€œfair useâ€ (a concept which is nearly non-existent under Canadian law)? Where could there be better, clearer, protections for news, parody, academic study, commentary? Why isnâ€™t the government at least discussing the fact that while new cultural product has a shorter commercial lifetime than ever before (and back-catalogue values are decreasing) itâ€™s taking longer and longer for culturally significant work to enter the public domain?

Why are preservation societies unable to protect orphaned historic works because of fear of submarine rights-holder lawsuits?

Iâ€™m not saying Iâ€™m for or against any of these things (although I think Canada could actually become a world leader by looking into, say, a concept of a graduated public domain – and a completely fresh approach to “fair use”) â€“ but any proposed copyright reform should be looking at the whole picture â€“ not just the areas that some select industry and political interests are lobbying for.

In conclusion, this is a bill thatâ€™s clearly more thought out than itâ€™s original formâ€¦ and thereâ€™s a couple of things to like in it â€“ but I think what the public deserves is actual progressive reform, and any bill with major problems from both a consumer and content creator perspective isn’t the place to start.