Waiting For The Floss 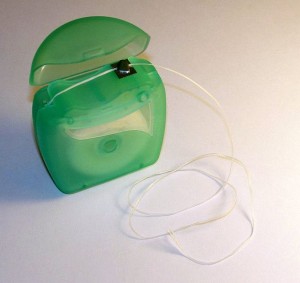 If you follow my twitter at all (bastion of such visionary insight as this) you know that I have nothing but the highest opinion for the Savage Critic himself Mr. Brian Hibbs. He’s one of the strongest writers about the realities of the direct market in comics, and is a true credit to all the hard working retailers out there who have really kept the comics market alive through the various recession periods (as Brian himself will point out the comics retailers, not the individual fans are the actual customers of the distributors since what they buy is largely nonreturnable).

I do want to write a bit of a counter-point to his latest post though – not because I wish him, or any retailer really, ill – but because it’d help clarify some thoughts I’ve had for a while about the state of digital distribution in comics.

I’d urge you to read the post in question in it’s entirety (and actually go ahead and hit up the rest of the site, and Brian’s must read “Tilting at Windmills” columns for CBR while you’re at it). But in a nutshell he’s heartened by the relatively small portion of overall industry revenue that digital is currently drawing. I am sure this was one of the major issues at the most recent ComicsPRO meetings, because digital distribution is surely a huge spectre for all brick-and-mortar comics retailers out there.

Here’s my obligatory preamble. I have been a regular weekly customer of physical comic books stores for well over two decades. I have had a regular “pull” list awaiting me at some physical location since the late 80s. I often narrow past events (real and fictional) down to specific years based on recall of what “my store” was at the time. I’ve been a customer of amazing stores with exceptional owners (my all time favourite used to lend my broke-ass teenage self out-of-print trades from his personal collection to try and introduce me to new artists and genres) and some from the other end of the spectrum (to this day most of my immediate social circle (not one of whom also reads comics) knows where I’m referring to if I mention “the shitty comic book store”).

All this is to just set the stage for the following hard truth about digital distribution: If the comics I am currently buying weekly in-store were available on some Comixology-esque application at the same date, and price that I’m currently paying in-store… I would buy all my monthly titles on-line. Period. I don’t require any kind of other incentive, no advance release or discount. Day and date. Same cover price. Digital would get 100% of my business.

If I have currently contributed $0 to the “digital economy” from the (considerable) amount I spend weekly on floppies it’s only because they’re not offering what I’m looking for, yet. This isn’t hyperbole, I would go out and buy an iPad this minute (I don’t care for reading anything longer than a page or two on a laptop – but quite like what I’ve tested on co-workers tablet devices). The reality, for me, is that physical distribution of comics is woefully inefficient, and always has been. I’m tired of having to make a weekly trek into my (sometimes) friendly local comic book store. I’m tired of wanting to sample a new series or issue and not having it in stock because I didn’t pre-order it. I’m tired of thousands of floppies threatening to take over my house. I’m tired of having to visit three different stores to get the range and breadth of titles I want. I’m tired of having management of my title subscriptions being “a process”. I’m tired of not being able to read a story of series someone’s recommended on-line if I forget the title when I’m actually at the store. I’m tired of not being able to jump on series mid-stream because there isn’t a complete run of back-issues or a trade collection yet. Ditto wanting to read certain key arcs or classic runs that haven’t been collected in a trade. I could go on.

Now many would argue that much of my frustration with the physical market could be solved by having *better* retailers near me, but I have some pretty good stores I frequent (two of them would probably show up in a poll of top ten comic retailers in all of Canada). If the state of your industry hangs in the balance of crafting a near-perfect retail uber-experience – a platonic ideal of Adam Smith’s invisible hand – that’s not a good sign for your industry. Digital doesn’t just have the potential to mitigate what’s driving me away from retail… it has the potential to mitigate what’s driving me away from mainstream comics.

Assuming that I had a true “apples to apples” comparison – a “perfect retailer” offering exactly the goods I would purchase on-line, I’d still go on-line for the increased flexibility in adding and dropping titles, to not have to physically shlep to a store, to not have to manage unweildly physical books. (An aside; I know there’s a huge contingent of “reading comics is a tactile experience” purists, and I appreciate your dedication, but I can only speak for myself and I don’t care. To me comics are about art, and writing, and (sometimes) serialization – and none of those aspects are dependant on paper. I also think a move away from physical would finally stick a pin in the “comics as investment” nonsense that I believe has really hurt the growth of the artform – but that’s a different rant for a different day).

Now I don’t believe that this means that physical retail is dead, I don’t speak for “all customers” – just myself. But I know concretely in my case that publishers are leaving significant money on the table by not selling to me directly (presuming their cut of digital is higher than of physical retail which it would have to be given no need to actually produce or ship a physical product). And I presume they’re smart enough to be doing surveys and research and focus groups to eventually determine how much money they’re leaving money on the table. If the numbers like me are few, then there’s no harm in rapidly evolving their on-line strategy. If the numbers like me aren’t few, there’s even more reason to. And if I’m the lone individual who feels this way, I’m eventually going to quit buying floppies anyway – so no matter what my money is likely headed out of the DM.

I’d like to hope that this doesn’t hurt retailers, like I said I have too many good personal experiences to wish that, but at the end of the day I don’t feel like I have a responsibility to the direct market per se. I have heard retailers (not Brian) argue that the DM is comics, and that’s a position I fundamentally disagree with. If I have a responsibility as a fan of the medium it’s to the creators of comics content – and that means if I (me personally) put a value proposition on how I buy comics I’m going to put it on prioritizing a distribution mechanism that can put more money into the publishers pockets short-term (and hopefully the writers and artists long-term as I do believe that, ultimately, non-physical distribution has to open up more independent distribution opportunities).

So while I’m happy for Brian that the boogeyman is not yet on the doorstep, I know that there’s a number equal or greater to 1 that would jump full into digital in a heartbeat if the offering was on equal footing with the retail one. I’m certainly no pundit willing to make projections about what “the market” would do in that situation, but I know I have no interest in “the paper” and am waiting on “the floss”.