YOU SHALL NOT… charge completion bonds multiple times? 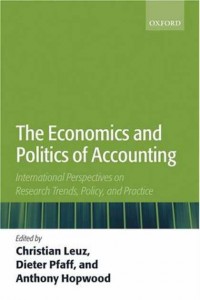 When Mr Bilbo Baggins of Bag End announced that only 20% of home video revenue was being counted as revenue...

It looks like “Lord of the Rings” accounting will be back in the news as the Estate of JRR Tolkien is suing New Line over their calculation of profits from the three blockbuster films. You may recall that Peter Jackson and Saul Zaentz have sued New Line as well claiming they saw no royalties on the film either (although both those cases were settled out of court).

I get asked a lot how studios and distributors can get away with claiming that films never turn a profit, especially on fare that clearly has… say Return of the Jedi. The short answer is that when studios have huge slates of films (many of which, aren’t successful) it’s difficult to track what bona-fide operating expenses should be allocated to a well-performing film versus the dozens of films in a slate that have recouped no money. It gets equally complex when there are many deals through many different layers of companies – each of which is entitled to their own share of revenue before it gets to the producer.

For a great example of this from a different field, and it’s been ages since I’ve talked comics (which is odd given that there’s great stuff out there right now), I highly recommend Colleen Doran’s blog series “The Perils of Colleen” wherein she recounts her relationship with the “second-worst” publisher she has ever dealt with. It’s a doozy of a story, and should be required reading for any independent contractor in any artistic field, but it also goes into detail (especially in part III) how her contract was structured to ensure she never saw a royalty nickel, no matter the sales of her books. Thankfully Colleen’s story has a reasonably happy ending (although with some bizarre twists you wouldn’t believe if I told you) – but it does a very nice job of showing a case study of the myriad ways a distributor/publisher/studio relationship can go south in a big way.

It’ll be interesting to follow the LOTR case going forward, especially if the Estate gets any leverage with their claim that they have the ability to revoke the rights for the upcoming “Hobbit” prequels.