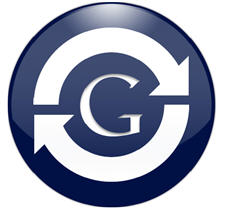 Let’s add another wrinkle – one of the laptops syncs to a Blackberry, the other to an iPhone.

So for over a year I’ve messed around with all kinds of kind-of-sort-of stop gap solutions. The best I was able to kludge to date involved publishing iCal calendars to a WebDAV share, and then “subscribing” to the calendar feed from the other two computers. Then I set up a “dummy” Gmail Calendar to also subscribe to the calendar feeds and push it to the phones via Google Mobile Sync (there’s variants for nine different phone platforms, including Blackberry and iPhone, and they’re nice little apps). Of course you could only actually add (or change) calendar events on one of the three computers…

On the address-book front, I started out using Address-O-Sync, but kept running into odd problems so I ended up, like the calendars, treating one computer as the “master” and occasionally exporting that address book and importing it into the other two so they were… similar. Similar-ish.

Today I ran across a couple of articles from May about how the OSX 10.5.3 update had a, somewhat hidden, Address Book Sync with GMail feature. But as I dug further it became increasingly clear that this wasn’t a potential solution (the synch only works on computers which have been paired with an iPhones/iPod touch, otherwise you need to do a very tricky hack involving faking a preference file, setting up iSync, and then setting up a dummy Yahoo account to essentially trigger the gMail update… which may, or may not, duplicate all your addresses).

However, as I prepared to ignore the issue for another month, I read in a comments thread about a service called Spanning Sync. It’s a paid service that synch Address Book with Gmail contacts and Google Calendar with iCal.

Address Book AND iCal with Google.

Yes it’s a subscription service (as it involves an intermediate server to keep up with API changes without requiring constant software updates – but I’m not sure how I can balk at $25/year + $15/year thereafter (or a flat $65) to synch any number of computers with the same Google Account – when it does in minutes what I’ve been unable to do even a half-assed job kludging together in a year. Plus it’s (at the most) a quarter of the cost of MobileMe.

Combined with the previously mentioned Google Mobile Sync, that’s synchronized calendars and contacts, between three laptops, and two different mobile phone platforms. Changes on *any* of the devices are reflected across all four other devices, and I know I have the most up-to-date information at my fingers no matter where I am. Heck, I even have a GMail account I can now hit up from anywhere if I need to see my calendars or contacts.

Set up was intuitive and, took minutes, (although several hours on each computer to sync my, considerable, 5000 entry address book). It works exactly as you would expect. It’s controlled from the System Preferences pane. It’s made a veritable nightmare of synchronization… rote.

I have no doubt that with enough time and elbow grease, there’s a completely free way to route this whole mess – but I’ve put in over 13 months on this particular teaser. Instead, I’m shelling out $25 – I don’t need another year-long hobby.

The journey may have taken over a year (and a log of pulled out hair). The solution took minutes, and $25. I call that more than a fair trade.

[UPDATE – It turns out that SpanningSync also has an affiliate discount program. If you use this link to order the program, you’ll get a $5 discount, and I’ll get a $5 credit – Lest anyone think this coloured my praise above, I’ll donate 100% of any money I get through this link to Toronto’s Sick Kids Hospital via the Couchathon.]