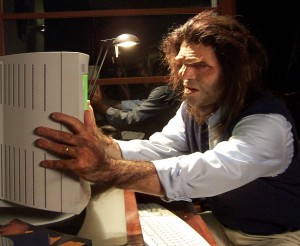 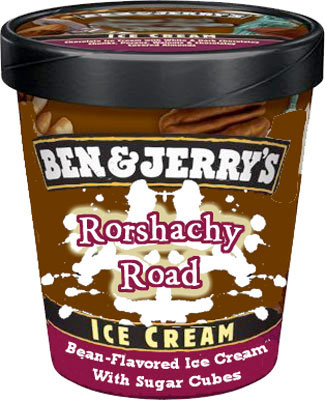 I don’t mind sharing geek culture with the masses, but I find it difficult to explain (even to friends) how weird it is to see “Watchmen” stuff everywhere. It’s like, my adolescent fever-dreams have escaped to manifest themselves as novelty keychains, or collectible limited-edition coffees.

Thankfully Bully, the little stuffed bull, eases my pain with his selction of delicious “Watchmen”-themed ice-cream.

Personally I think the “comment of the thread” award was won almost immediately by RAB who wrote:

Rounds of applause all around – and since “Watchmen Ice Cream” was too delicious a challenge to ignore, I leave you with my humble suggestion: 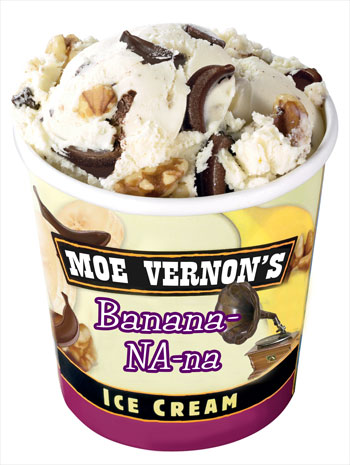 Mario Amaya’s collection of logo mash-ups and his follow up sequel have been well circulated around the internet by this point – but I noticed something interesting today for the first time.

While my initial pass through the list was just enjoyable for the novel sake of the visual puns, if I ask myself “what do I think about this company” I can get some truly stellar cognitive dissonence building up (especially in situations where Mario has combined a company with which I’ve had positive and negative experiences).

As someone who always thought that the concept of “visual branding” has been somewhat overstated – I found it interesting that by modifying the logos I no longer was entirely sure what I thought of companies that I had snap-opinions on for years. While I’m not sure this has any great insight for improving the perception of one’s brand, I now know the first thing I’d throw-out if ever asked to turn around a struggling company.