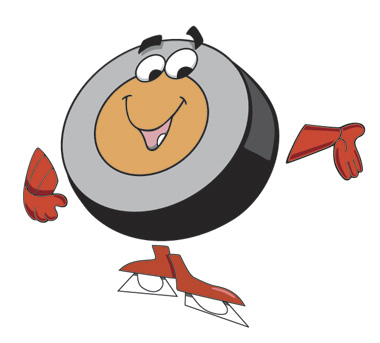 I get flack from friends and family from coming home from the office and regaling them with absolutely non-sequiter information. This has created the impression that I spend all day at work reading “weird trivia fact books” or something. In reality, I often pick up bits and pieces of information which continue to grate at me in the back of my head as I do the more tedious tasks of my day.

Case in point: In cleaning out my Google Reader cache last night I saw an article at Puck Daddy about how a Chicago Blackhawks Fan won $1,000,000 at a game on Tuesday. The promotion, with the Illinois Lottery, was that a randomly chosen fan at each home game could win $1,000,000 if the ‘hawks scored a goal at exactly the 10-minute mark of the second period. Only five days after the promotion started, Martin Havlat made some lucky fan a millionaire.

The article also had a quote from a Darren Rovell article at CNBC about the odds of such an occurrence where Greg Esterhai, a representative of an insurance company, said the odds of such a promotion would be about 1 in 25, per season.

So today, while I sat on hold on the phone, I wondered if I could recreate this calculation before my call got answered:

Not only could I not figure out what mistake I had made before I had to turn my attention back to my actual call, this discrepancy drove me completely bonkers grating in the back of my head all day. One obvious flaw is that I’m sure the distribution of goals isn’t entirely equal over the course of the game (I suspect more goals are scored at the beginning and end of periods… also more goals during the first and third period seems to make sense)… but the quote was pretty clear that the calculation was for a goal during any second in a game… not particularly at a specific time – so a simple even distribution seemed most appropriate for a napkin calculation (in this, it turns out I was right).

I make no claims to being a math guru (first year economics in University just about handed me my ass with the calculus required) so I finally decided to write my dilemma down in a post to see if anyone out there could show me what mistake I was making… however in the process of writing my problem out long-form, my (completely stupid) mistake becomes glaringly obvious.

No, I’m not going to tell you what mistake I made. You can either gloat in smug superiority, or share my pain. Either one works for me.