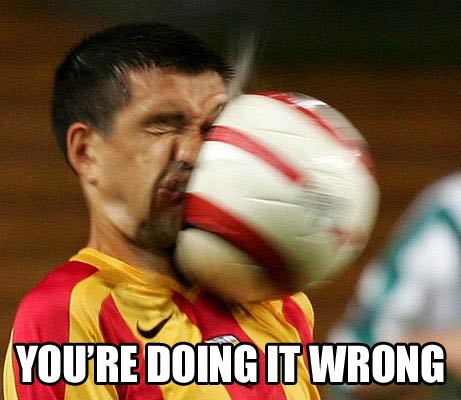 Catching up on my hockey blogs over the weekend I found an amusing post over at Hit The Post sharing a couple of funny mock-political ads made by the Chicago Blackhawks – presumably to spur fan voting for the all-star game. The spots were unusually funny for in-house marketing, and contained a couple of good Canada jokes, so I fired the link off to my brother and forgot about it. Behold – viral marketing in action!

Except for the part where he went and discovered that both the videos had been pulled off YouTube by the Blackhawks claiming copyright violation.

Confidential to Chicago Blackhawks crack marketing team: When you make a viral-type video – it is with the express purpose that you hope it will show up on YouTube (or Veoh, or Digg, or any of the myriad of bastard social-networking sites – some of which will re-host your media, and some of which won’t). The entire point of this type of marketing is to encourage your fans to spread your message far and wide – even if it is out of your control. Why it might get to the point where a Calgary Flames fan reads about them on a Flames blog, and e-mails his brother… who just happens to be in the process of filling out his all-star ballot at that exact moment.

Ignoring the fact that the NHL has thrown buckets of money at YouTube specifically to get more representation on the site… what could you possibly be thinking?

It could be your beleif that in lieu of a familiar YouTube link, people will bother trying to hunt down the original clip on the official Chicago Blackhawks website?
If so, I’m sorry to break it to you; No, they won’t. I did, just to see if it was possible and it took me nearly five minutes, followed by a mandatory 30-second advertisement, some brutal pop-up ads, and re-starting my browser because of your ridiculous flash-player’s automatic banner ads. In fact the only reason I stuck with it was the ludicrousness that my Quixotic quest rapidly evolved into.

I’m not subjecting any of my friends or family to that. I’m not e-mailing people that, and I’m certainly not linking to it here…

Oh, okay… but only because unlike some teams, you haven’t messed up your iconic jersey. But this is your one warning, capice?

The point is, at a time where the league is not only managing to get marketing hockey right, but take some really innovative chances this just comes across as strictly minor league.

From: A series of tubes, media ramblings