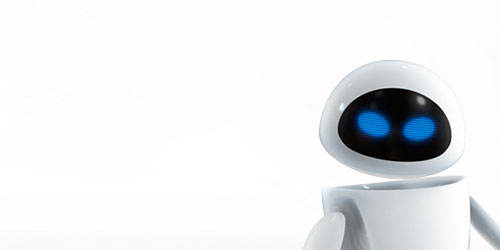 Where was I? Ah yes; Thirty minutes into your existential, dialogue-free uncompromising vision of the future (a bleak future in which humanity, as we know it has ceased to exist, exterminating even the potential for rudimentary planetary habitation as we understand it) – she (eight year old girl, tired), and I (not eight year old, not girl, jacked on a big coffee, expensive film degree collecting dust in a closet somewhere) were both laughing so hard we both had tears in our eyes. Marx-Brothers-Gut-Laughing. Bellowing guffaws. I had a vague notion I was transforming against my will into “that obnoxious guy with the loud voice”, that everyone hates. Including me. But I did not care because I enjoyed your movie that much, and wanted the entire theater to share my joy.

Now – on to the proposed deal. I will continue to talk to complete strangers about how this film is making me question one of my previously thought to be unshakable laws of the filmiverse ™ (Rule #12 – Brad Bird is the most complete story-teller working at any major film studio today) based entirely on the first thirty minutes of this film if (and only if) you provide me the two “Caution: Robots!” graphics (used extensively throughout the second act of the film) in a large version – suitable for a desktop wallpaper. I have seen your lovely website. The sterile wallpapers on offer are nice, but not what I need at this point in time.

I really, really, want a wallpaper of that graphic. In the very core of my being.

I thought I was going to see an amusing film this evening. I did not realize I was actually going across town in order to be assigned a mission.

I will promise to not hoard any gains under this offer, as previous offerings from both corporations have taught me the value of sharing with others.