Mobile Podcasts and Internet Radio on the iPhone 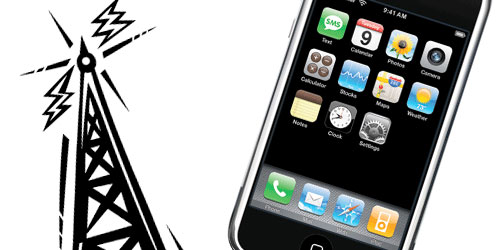 I promise not to become a tech or gadget blog – but this is one of those rare situations where I want to make sure a solution I’ve found makes it’s way onto the Google-index since I know lots of others are in the same boat. Indulge me.

While I’ve been pretty happy since I “chose” to switch over to an iPhone this summer (I accidentally drop kicked by four-year-old warhorse blackberry 7130 down two flights of stairs) there were two killer applications in my mind which still eluded me:

1. Podcasts
iTunes has very reasonable podcast functionality built into it, but I was flabbergasted to find out there was no way to directly download podcasts to the iPhone. Daily I find myself in a situation where it would be great to be able to download podcasts over wifi or 3G when it’s not feasable to pull out my laptop, refresh my podcast list, download the podcast, plug in my iPhone and synch everything.

A prime example is that I’m a huge fan of Bob McCowan’s Prime Time Sports podcast while commuting – but the podcast is often not updated until after I’m into my drive home (and sometimes not until hours later). Instead of having to twiddle my thumbs at work wondering if it’s going to show up seconds after I pack up for the night, it would be much nicer if I could pull it down should it show up while I was en-route. Ditto when travelling, at home, when I’ve forgot my charging/synch cable, or otherwise not near my iTunes.

Sadly my solution isn’t going to work for everyone as I managed to snag a coveted license for the Podcaster app before Apple rejected the application for the app store and all heck broke loose. Until that messy situation gets resolved, the only current solution seems to be to jailbreak your iphone, which will let you run either Podcaster or the similar Mobilecast.

I’ll be the first to say these aren’t perfect applications yet (although I have never tried Mobilecast). Podcaster is a little finicky, and (at least the non-jailbroken) Podcaster doesn’t support background operation (a limitation of Apples SDK license, not the iPhone’s capabilities). I also wish it would integrate with the iPod player instead of using it’s own proprietary solution, but I get why it doesn’t. Dispite my minor gripes though, I have significantly more podcasts under Podcaster, than on my iPod proper – so clearly it’s getting the job done for me.

My other “holy grail” was also sports related. I really dreamed of being able to listen to Calgary Flames radio broadcasts over the iPhone. As an ex-pat Calgarian living in Toronto you really start to get tired of the 24/7 Maple Leafs coverage (my condolances to those many of you in the city who don’t even care about hockey… I don’t know where you can go to avoid it). The Fan 960 in Calgary has always had a great internet radio feed available over their site, so it seemed to me there should be some way to be able to access it over the iPhone. Obviously the lack of flash in iPhone Safari meant that the embedded web player was a non-starter… but there had to be a solution. Applications like Flycast and Tuner had promise (and are great ways of getting big ready-to-go internet radio libraries into your phone), but had limited ability to add your own feeds… especially WMA feeds, like the one the Fan 960 (and many commercial broadcasters use).

Finally, the brilliant AvÃ©rous Julien-Pierre came out with a little app called FStream which not only decodes OGG Vorbis, AAC/AAC+, and MP3 radio streams – it can also play WMA using MMS/MMSH AND load files over wifi OR cellular data networks. It’s also entirely free, unless you want to give a donation (and mine will be winging it’s way to France shortly).

Replace the http with an mms:// and you can plug either of those address’ right into FStream on your iPhone (mms://38.99.208.186/fan960?MSWMExt=.asf). FStream will then play it like any other radio station (FStream also will autodetect the type of stream, and bitrate – so you don’t need to fill that information in if you don’t know it).

Interestingly as I was digging around for links for this, I noticed on the Netshare corporate website that Apple has begun to ban one of their applications from the appstore as well. This really is going to be one of the defining issues for the iPhones. As smartphones get more and more well featured end users are going to expect to be able to use them like computers, especially installing whatever software they want.

Apple will get a little bit of the benefit of the doubt when it comes to issues like protecting their partner cell networks, or the stability of core phone features – but increasingly when it looks like they’re just trying to protect lock-in of their own platforms (both on the app store, and making iTunes mandatory in situations where it’s really not needed) – that broaches the issues that always surface with locked platform and monopolistic practices. Not to mention is just optically poor for a PR-savvy company as Apple, especially when Android is touting the openness of their application store as a major feature.

[ Edit Dec. 2008 – The Nov 2008 iPhone firmware update (ver 2.2) introduced “over-the-air” podcast downloads – albeit with a mind-boggling 10mb cap on downloads over 3G. Having iTunes free podcasts integrated with the proper iPod interface is great, but given that data plans in Canada are some of the most expensive in the world it adds some insult to injury to have an artificial limit on what one can do with data that one has paid through the nose for. And seriously, I don’t know of a single podcast with instalments less than 10mb… so — I stick with Podcaster for the moment ]